Reasons Why You Should Play Among Us

It is an online multiplayer game that you can play with your family, friends, or random people. Initially released in 2018, it came into a trend only recently. It is quite exciting and different from all the other games in its league.

It has a space-theme to it, where players gather in a lobby. Once the game begins, players individually get to know whether they are a crewmate or an impostor. If they are a crewmate, they have to finish their tasks or vote out the impostor correctly to win the game. If they are an impostor, they have to kill the crewmates or sabotage the systems so that the ship fails, and they win the game. The basic plot is quite gripping, and it gets even more intense when we begin to play it. Below are some reasons why gamers should be playing Among Us! 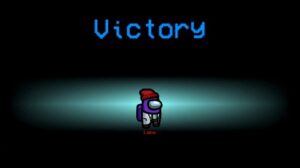 You get to practice problem-solving with Among Us

Crewmates have to decide who the impostors are; thus, they have to be very cautious while they are finishing their tasks. With the help of evidence and their personal opinions, players have to solve these problems correctly to win the game. It is truly a game of tactics. Furthermore, these skills are vital in real life. So, it is quite amazing to develop real-life skills while playing a fun game with your friends!

You get to practice debate skills with Among Us

Debating is one of the largest factors of the Among Us game. You have to speak with others while you are playing the game. If you are the impostor, you can wrongly accuse someone of killing a crewmate. If everybody believes you, you smoothly get out of the radar and continue with your job!

However, if you are a crewmate, it is more critical for you to be convincing. Because it is relatively easy in the game to wrongly accuse someone, and that someone can be you! Often in the game, you would have to defend yourself and reason with others when there is a group discussion going on to find out who the impostor is. You would often have to debate and convince others as to why you are not the impostor.

One way you can convince is by clearly stating with proof which task you were doing a while ago. You will have to lie a lot as an impostor to stay in the game. But, if you are a crewmate, you have to debate, reason with others, and convince other crewmates that you are one of them and not a wolf in sheep’s clothing. All in all, it helps you develop your debate skills. Isn’t it amazing? You can develop another real-life skill by playing a unique game with your friends!

Interaction is a huge part of the Among Us game. Among Us requires players to interact with each other during intense times. For instance, an emergency meeting. Players have to interact, discuss, and collectively come up with a decision about who is most likely to be the impostor. Doing all of it lets you interact with some interesting people, especially if you are randomly playing online. 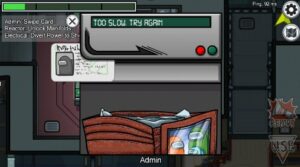 Who knows, you might even end up becoming good friends with a player online! It all sounds quite exciting, but be cautious and avoid sharing your personal details with the people you meet online.

Among Us teaches players to do their chores

If you are an impostor, you can blend in by faking tasks. It will look as if you are performing a task honestly, but in reality, you are just waiting for the perfect chance to murder a crewmate! However, if you are a crewmate, you have to complete your tasks to win the game. Crewmates become winners when the taskbar becomes fully green, which means all of them have completed their tasks. Some tasks resemble our daily events, while some are new. A few examples are as follows:

These are the common ones that we all know. There are also extreme tasks like shooting off rocks coming towards the spaceship or starting a reactor. The point is that once you finish a job, there is a sense of accomplishment with a sense of balance and order you will feel. It even influences you to do the actual chores in your real-life!

You do not have to pay to get Among Us

Even if you are purchasing the game, it is a good investment because you will be able to understand how unique and addictive the game is in reality. There are chances that you may like the game so much that you may even want to make in-game purchases! There are fascinating things that you can buy in the game. You can buy outfits, hats, skins, and even pets to accompany your character in the game.

It is by far one of the finest online multiplayer games. It comes under many genres, which is also why it also covers a vast gamer base. You can label Among Us under the following genres:

There is much intensity in the Among Us game that keeps the players glued. The whole impostor-crewmate scenario is one of the critical factors of the game. Being an impostor is a fantastic experience because you are disguised as a crewmate, but you need to kill everyone slowly to win. However, you may get caught and voted out if you are sloppy with killing someone or using the vents! Get Among Us now and enjoy yourself with your friends and family!