Human: Fall Flat is a very exciting game that combines puzzle solving and parkour. Everything about this game screams fun and if you are having a hard time getting through the quarantine, this game is definitely worth the consideration.

Players have the freedom to move around and explore the game. It has the craziest puzzles ever where players have to swing from one platform to another using a rope, or, break a window using a speaker in order to escape a building. If you want to discover what this game has to offer, it is best that you see for yourself. Here are some convincing reasons why the game is so engaging to play when you are alone. 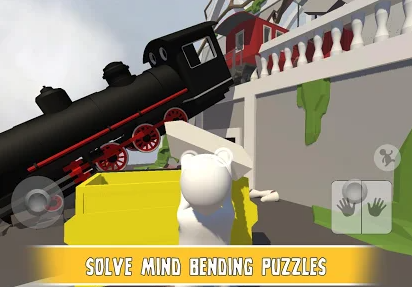 Human: Fall Flat was developed by No Brakes Games and it was released by Curve Digital in 2016. The game had a rough start since players gave mixed or average feedbacks only. But later in 2017, the game experienced a sale booming when it added the online multiplayer option, which was and still is popular. The company has sold over 5 million copies of the game and even been nominated for some awards. They won The Independent Game Developers’ Association Awards for Best Casual Game in 2018. Also, players can find funny gameplay videos all over the YouTube since the game is very entertaining to play and to watch. Now, players can enjoy the game by playing alone, in a group of up to 8 players. Human: Fall Flat is now available on many platforms like PC, mobile, PS4, Xbox One, etc. And it just arrived at Stadia in October 2021.

Why You Should Give Human: Fall Flat A Try

Is a puzzle and platform game

Human: Fall Flat is a very engaging game that includes both puzzle and platform genre. The platform part of the game requires players to control the character and jumping around from one platform to another in order to solve the puzzle. The puzzles can be tricky sometimes and players need to put his/her logical thinking to great use. The game doesn’t have a specific ending. So players have an entirely open world to explore. The sky is not even the limit in this game.

Like a parkour playground, the game is very funny and exciting

Despite the simple-looking designs of the objects in the game, including the main character, the movements are complicated and very well animated. Even though the character is a wobbly man, he can actually do parkour movements that help him moving from one floor to another or jumping between rooftops. The parkour even involves in the character climbing to the second floor using a pole and swinging with a robe like Tarzan to move to the next platform. Play the game and you will find how ridiculous some details are. And this feature makes the game so intriguing to play. 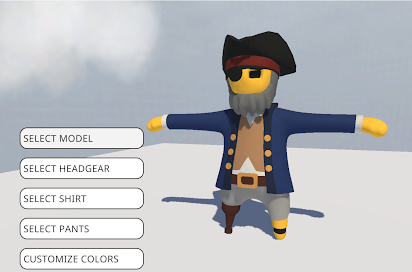 Players can enjoy it alone or with other players

The game includes 2 game modes: single player or multiplayer. Gamers can enjoy the game how they like. But without any doubt, the game is very exciting to play alone. Unlike many other games which must be played in a large group to be enjoyable, Human: Fall Flat is intriguing in any mode which the players choose. Thanks to the funny graphic and weird movements of the character, players will have a good laugh while playing the game.

The application of physic is heavy

Even though some movements are incredibly wrong biologically and physically, players can still tell that the game applies the law of physic well when solving the puzzles. There will be some puzzle that players have to solve by creating a lever. Without some basic knowledge about physics, it is impossible to solve these types of puzzles. Are you confident in your puzzle solving?

Players can customize the character

At the beginning of the game, the character is a simple figure covered in white from head to toe. And apparently his name is Bob. Later on, players can customize Bob’s appearance and make the dude seem more interesting to look at. Even though it is safe to say that the guy provokes enough laughter with his movements already. Or players dress the guy in in-game outfits, or, they can draw the outfit themselves. You can design the craziest costumes ever for Bob, let the imagination flow.

Scripted movements are not the case in Human: Fall Flat. Players aren’t forced to make a certain movement in the game since they have total control over it. How Bob climbs up the stair, how he moves objects, how he interacts with tools laying around, etc. Players can decide how he interacts with the environments and the tools. This feature gives Human: Fall Flat a better gameplay and gamers won’t feel any restriction.

Even though the game had a rough start, but after years of improvement, it certainly has earned players’ interest. From the rating of the game on different platforms, you can tell that it is an entertaining game. Human: Fall Flat receives 9 out of 10 stars on Steam, 4.2 out of 5 stars on both App Store and Google Play. These numbers speak volumes and partially guarantee that players will enjoy the game.

For a less boring quarantine, why don’t you try Human: Fall Flat? The game has every element to be the best game to play alone during the pandemic. The character can run around and enjoy his surroundings, which gives players a sense of freedom. Alongside the quarantine’s boredom-proofed function, the game is overall exciting to play since players can do outrageous tasks while incorporating logic and experiences. Relief your stress with this game also is a good idea. So, download the game now! Steam is now offering a 60% sale off of the game until 7 of October. Click on the link to download Human: Fall Flat before the offer ends.